Nonallergic rhinitis can affect children and adults. But it's more common after age 20. Triggers of nonallergic rhinitis symptoms vary and can include certain odors or irritants in the air, weather changes, some medications, certain foods, and chronic health conditions.

A diagnosis of nonallergic rhinitis is made after an allergic cause is ruled out. This may require allergy skin or blood tests.

See your doctor if:

The exact cause of nonallergic rhinitis is unknown.

Experts do know that nonallergic rhinitis occurs when blood vessels in your nose expand and fill the nasal lining with blood and fluid. There are many possible causes, including the nerve endings in the nose being overly responsive, similar to the way the lungs react in asthma.

Whatever the trigger, the result is the same — swollen nasal membranes, congestion or excessive mucus.

There are many triggers of nonallergic rhinitis, including:

Factors that can increase your risk of nonallergic rhinitis include: 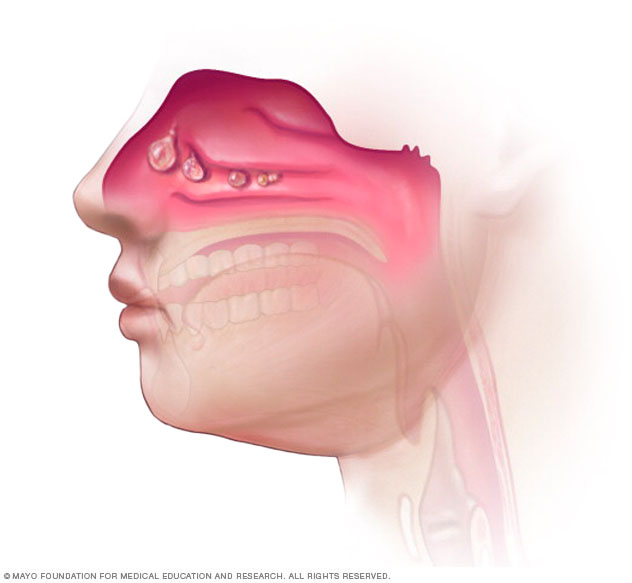 Nasal polyps are soft, noncancerous growths on the lining of your nose or sinuses. They often occur in groups, like grapes on a stem. 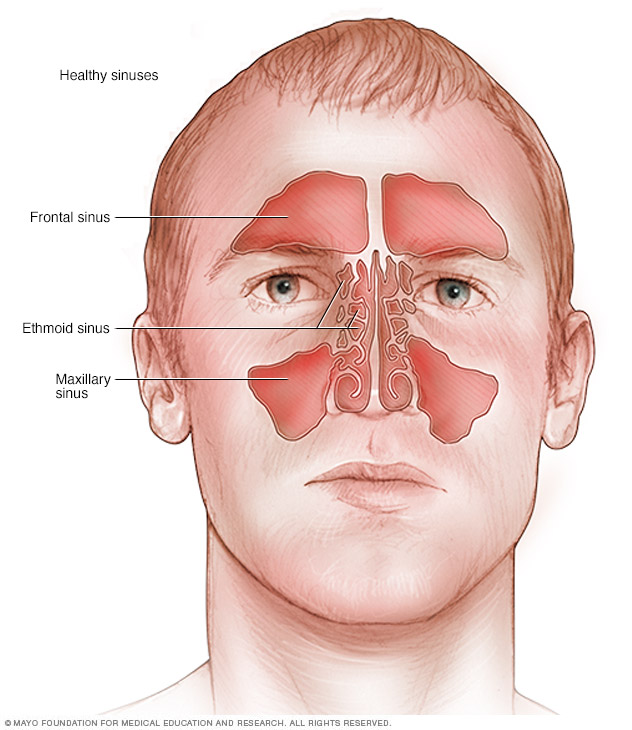 Sinuses are cavities around nasal passages. If the sinuses become inflamed and swollen, a person may develop sinusitis.

If you already have nonallergic rhinitis, you can take steps to reduce your symptoms and prevent flare-ups:

He or she might recommend certain tests, although there are no definite tests for nonallergic rhinitis. Your doctor is likely to decide that you have nonallergic rhinitis if you have nasal congestion, a runny nose or postnasal drip and tests for other conditions don't reveal an underlying cause such as allergies or a sinus problem.

In some cases, your doctor might have you try a medication and see whether your symptoms improve.

Ruling out an allergic cause

In many cases, rhinitis is caused by an allergic reaction. The only way to be sure rhinitis isn't caused by allergies is through allergy testing, which may involve skin or blood tests.

In some cases, rhinitis may be caused by both allergic and nonallergic triggers.

Your doctor will want to be sure your symptoms aren't caused by a sinus problem related to a deviated septum or nasal polyps. If your doctor suspects a sinus problem, you might need an imaging test to view your sinuses.

Treatment of nonallergic rhinitis depends on how much it bothers you. For mild cases, home treatment and avoiding triggers might be enough. For more-bothersome symptoms, certain medications may provide relief, including:

In some cases, surgical procedures might be an option to treat complicating problems, such as a deviated nasal septum or persistent nasal polyps.

Try these tips to help reduce discomfort and relieve the symptoms of nonallergic rhinitis:

A neti pot is a container designed to rinse the nasal cavity.

Some small studies have shown that repeated applications of capsaicin — the ingredient responsible for the heat in hot peppers — to the inside of the nose can ease nasal congestion. Larger studies are needed.

When you make the appointment, ask if there's anything you need to do in advance, such as not taking medicine for your congestion beforehand.

For nonallergic rhinitis, some basic questions to ask your doctor include: