There are 12 disease interactions with Atripla (efavirenz / emtricitabine / tenofovir).

Emtricitabine/tenofovir (applies to Atripla) hepatitis B

Severe acute exacerbations of hepatitis B have been reported in patients who are coinfected with HIV-1 and HBV and have discontinued products containing emtricitabine (FTC) and/or tenofovir disoproxil fumarate (TDF) and may occur with discontinuation of other products containing these agents. It is recommended that patients with HIV-1 be tested for the presence of chronic hepatitis B virus (HBV) infection before or when initiating antiretroviral therapy. Closely monitor hepatic function with both clinical and laboratory follow-up for at least several months in patients who are coinfected with HIV-1 and HBV and discontinue FTC and or TDF, or other products containing these drugs. If appropriate, anti-hepatitis B therapy may be warranted according to clinical practices, especially in patients with advanced liver disease or cirrhosis, since post-treatment exacerbation of hepatitis may lead to hepatic decompensation and liver failure.

Hepatotoxicity including lactic acidosis, severe hepatomegaly with steatosis, fulminant hepatitis, and hepatic failure has been associated with the use of some nucleoside reverse transcriptase inhibitors (NRTIs) alone or in combination with other antiretroviral agents. Therapy with NRTIs should be administered cautiously in patients with preexisting liver disease, a history of alcohol abuse, or hepatitis. Therapy should be suspended if clinical or laboratory findings suggestive of lactic acidosis or pronounced hepatotoxicity occur. The use of abacavir is contraindicated in patients with moderate to severe hepatic impairment as its safety and efficacy has not been established on these patients.

Tenofovir is primarily eliminated by the kidney via glomerular filtration and active tubular secretion. Renal impairment, including acute renal failure and Fanconi syndrome, has been reported with tenofovir use. Close monitoring of renal function and lengthening the dosing interval are recommended for patients with creatinine clearance less than 50 mL/min. Creatinine clearance should be calculated in all patients before starting tenofovir treatment and during treatment when clinically appropriate. Routine monitoring of serum creatinine and phosphorus is recommended for patients at risk of or with a history of renal dysfunction. Safety and effectiveness have not been evaluated in patients with renal insufficiency using dose adjustments; therefore, the benefit of tenofovir treatment should be weighed against the risk of renal toxicity. Tenofovir should be avoided in patients who are currently using or have recently used nephrotoxic drugs.

Increases in total cholesterol and triglycerides have resulted during treatment with efavirenz. Lipid levels monitoring should be performed before starting treatment and at periodic intervals during therapy.

Efavirenz is primarily metabolized by the liver. Patients with liver disease may be at greater risk for adverse effects from efavirenz due to decreased drug clearance. Therapy with efavirenz should be administered cautiously in patients with liver disease. In addition, elevations in serum transaminases to greater than five times the upper limit of normal as well as acute liver failure requiring transplantation have occurred during therapy with efavirenz, most often in patients with a prior history of Hepatitis B and/or C. Monitoring of liver function tests is recommended in these patients.

During clinical trials, there have been infrequent reports of delusions and inappropriate behavior associated with the use of efavirenz, predominantly in patients with a history of mental illness or substance abuse. Severe acute depression, including suicide attempts and suicidal ideation, has also been reported but was not limited to efavirenz treated patients. Therapy with efavirenz should be administered cautiously in patients with a current or past history of psychiatric illness, emotional instability, or substance abuse. If symptoms develop or worsen during treatment, discontinuation of efavirenz may be necessary.

Convulsions have been observed in adult and pediatric patients receiving efavirenz, generally in the presence of known medical history of seizures. Caution should be taken with any patient with a history of seizures. Anticonvulsant medication such as phenytoin and phenobarbital may require periodic monitoring of plasma levels.

Osteomalacia and reduced bone mineral density have been reported in animal toxicology studies involving tenofovir exposures 6- to 12-fold those observed in humans. The mechanism of bone toxicity has not been established, and it is not known if long-term use of tenofovir disoproxil fumarate will cause bone abnormalities in humans.

There are 797 drug interactions with Atripla (efavirenz / emtricitabine / tenofovir).

There are 3 alcohol/food interactions with Atripla (efavirenz / emtricitabine / tenofovir). 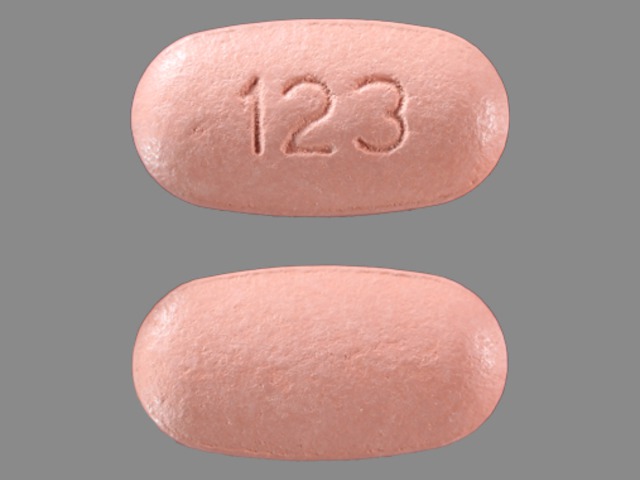